“How can we help with one of the challenges shared earlier during Question # 2?” guides the group into meeting a need each week. It disciples them towards ministering to the challenges in the group, their families or their neighborhood.

Some DMM coaches make this question a follow-up to number 2, so they only have seven questions. I kept it separate and wanted all three of the obedience questions to come after the passage is explored. We need to hear from God before we go off doing things to make sure we are not operating in our own wisdom.

Often when groups are not family or friends they do not live near enough to each other to easily do this as a group. This makes Question 8 a bit challenging for many in the Global North. Some drop it. Others change it to praying for one of the challenges shared earlier in the Discovery Group time. My preference is we keep it as is and coach the group towards more creative ministry options.

I am writing this blog post on my phone while riding to Tallahassee, Florida. Debra (my wife) is driving at this moment. I am using my two thumbs to type it into the WordPress app. What if we used our phones to help with a challenge someone shared?

Often challenges deal with the need for encouragement. Can you encourage someone with a text message? What if you commit to send a favorite Bible promise to someone who is struggling with depression? Do you think that might bolster her spirits? What else could you do? What else could several people do for one of the group members?

Last week I published a couple of posts centered around the theme of vision and imagination. I found it ironic to recount the crazy advances in technology which allowed me to have a video conference meeting with a teammate in another state, while sitting in a car outside a coffee shop.

What if this kind of technology was used for kingdom advances?

What if shifts in our strategies and tactics will actually open us up to multiplication, rather than addition?

What if our normal blinds us to new possibilities?

What if the Parable of the Sower is not talking about farming? It amazes me how many people in the church who are taken back to that detailed analogy want to call into question the farming abilities of the guy in the story. “He needs to learn how to recognize good soil so he doesn’t waste so many seeds!” is the way some people verbalize their criticism. “Any fool ought to know that it is wasteful to sow seeds on the path!”

What if the purpose of the parable drives the makeup of the story? While you can easily identify which soil is packed path, which is shallow because of bedrock (might be a little harder to see) and which is thorny (if they have already sprouted), this is not so easily discerned just by looking at people.

The book of Acts tells the stories of households which we are not surprised there is a big harvest: good reputation people like Cornelius and Lydia. But God’s grace sparks the imagination of new possibilities in the hearts of others like the jailer, too. Then there are the stories in the Gospels like Demoniac and the woman at the well. Maybe we need to spread the seed of the Gospel more widely than we have in the past!

I am sitting in a rented car outside a coffee shop. Using WiFi writing a blog post which will go around the world as a series of 01 combinations. Makes me shake my head–Digital Morse Code.

I am in Ames, Iowa where I will teach Perspectives Lesson 13: “Spontaneous Multiplication of Churches” in a few hours. I taught this same lesson Sunday night in Des Moines to about 100 who were mostly in their twenties and thirties. Last night I taught the same lesson to about forty people in Marshalltown, Iowa. Tonight I will teach the last segment of this loop.

What I try to do when I teach this lesson is tell stories of what God has been doing in Africa through Disciple Making Movements. I see shock on the faces of some as they hear stories that sound like those in the book of Acts. But I also see disbelief and concern because most of us have never seen multiplication of church planting.

Maybe these numbers have been fabricated (exaggerated at least!), some communicate via their nonverbal responses. Others are easily convinced that we “must be watering down the Gospel to see these results.” But God really is doing something remarkable in our lifetime.

If we can dare to believe, then we can be open to learning some strategies and tactics that are more fruitful. We can shift from addition to multiplication, but we will have to shift and that can be a hard process.

Change begins with a new Vision. New possibilities. “What if…?” thinking. That’s why I share stories. Stories give meaning to the numbers.

In 2016 Final Command Ministries released a video documentary telling of some of the ways God has been using his kingdom people to Engage!Africa: Through Disciple-Making Movements. There are five segments which are approximately 22 minutes in length and each focuses on one of the following five Critical Elements needed to start catalyzing movements: 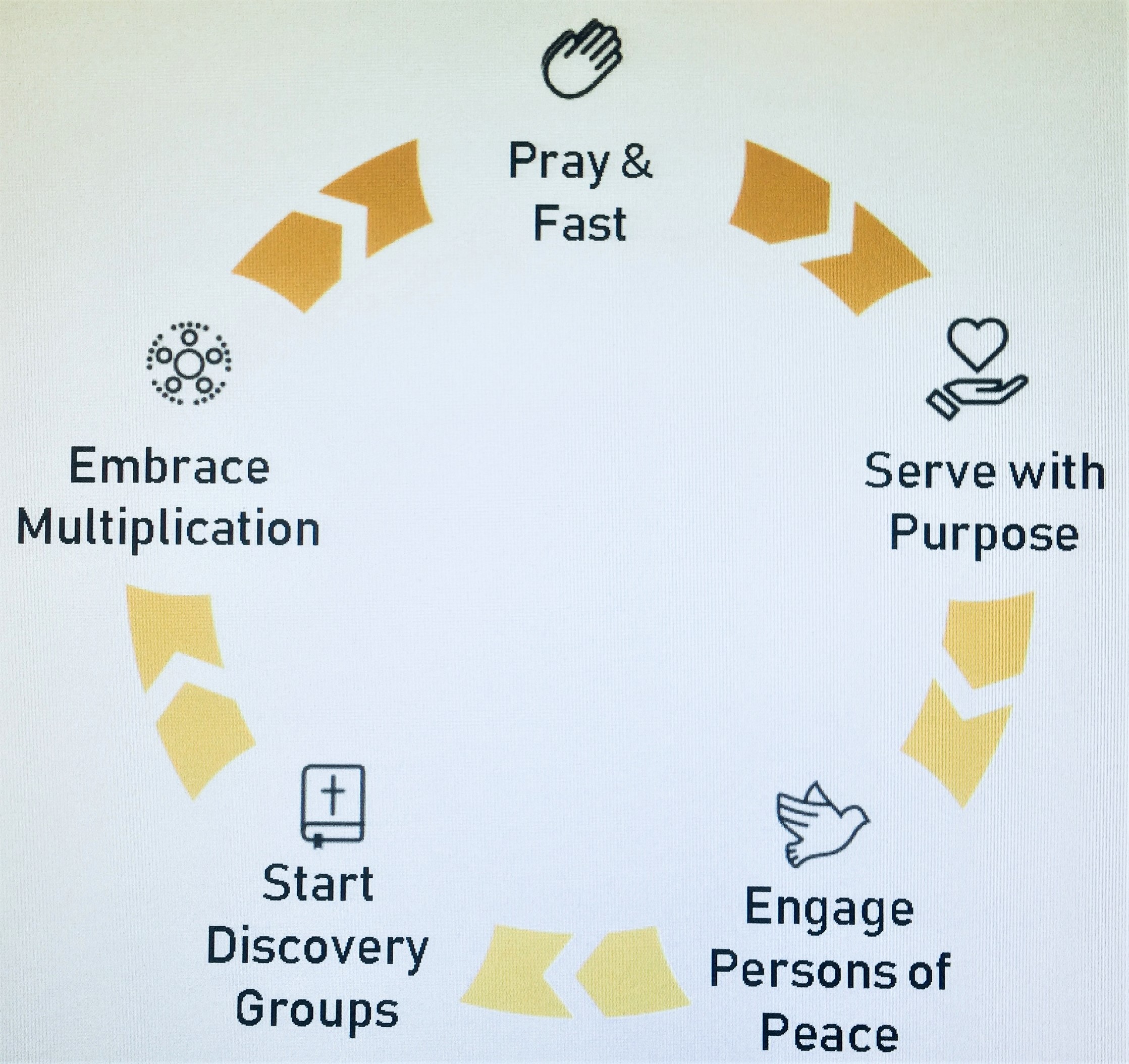 This sounds simple, and maybe a little cliché, but Movements start with petitioning the Lord.  Those who are using DMM successfully take this first step seriously, and are creative in their approaches.  For example, I’ve witnessed prayer houses, neighborhood prayer walks and passionate prayer services where a group leader gives the congregation a prayer topic and they all explode into prayer, some with fists in the air, pacing back and forth. As for fasting, our African partners disciple new believers to start with a single meal, and grow from there. The point is to let God lead this effort. They pray and fast until God opens a door into the people group they long to see experiencing a Movement.

Before you paint a clear picture of a new way forward and stoke the fires of dissatisfaction, be sure you know at least a few of the first steps toward the new vision. No, you probably will not know how to map out the full path the change will demand, but you must know how to take the first steps to open the way to discovering the next steps.

In 2005 I was captured by the vision of movements. Rapid replication resonated within me. It connected to the history of my spiritual family. A handful of spiritual leaders trained up thousands of “lay” leaders. They reassured farmers, cobblers and shop keepers that they could understand Scriptures. Simple people obeying simple Bible directives found their lives transformed. They became the conduits for reaching their families, friends and communities.

But I did not know how to help the mildly intrigued picture themselves getting started doing the same kinds of things in 21st century America. Talk of what happened when this region was the western frontier of the U.S., what was happening in Northern India and what was starting in West Africa did little to help these people.

The vision captured my heart. A trip to a West African nation that had only recently come out of a bloody civil war heightened my dissatisfaction. I left there amazed and troubled. It all coalesced in my self-talk, “They are doing so much with so little; we are doing so little with so much!” I was compelled to see change happen here.